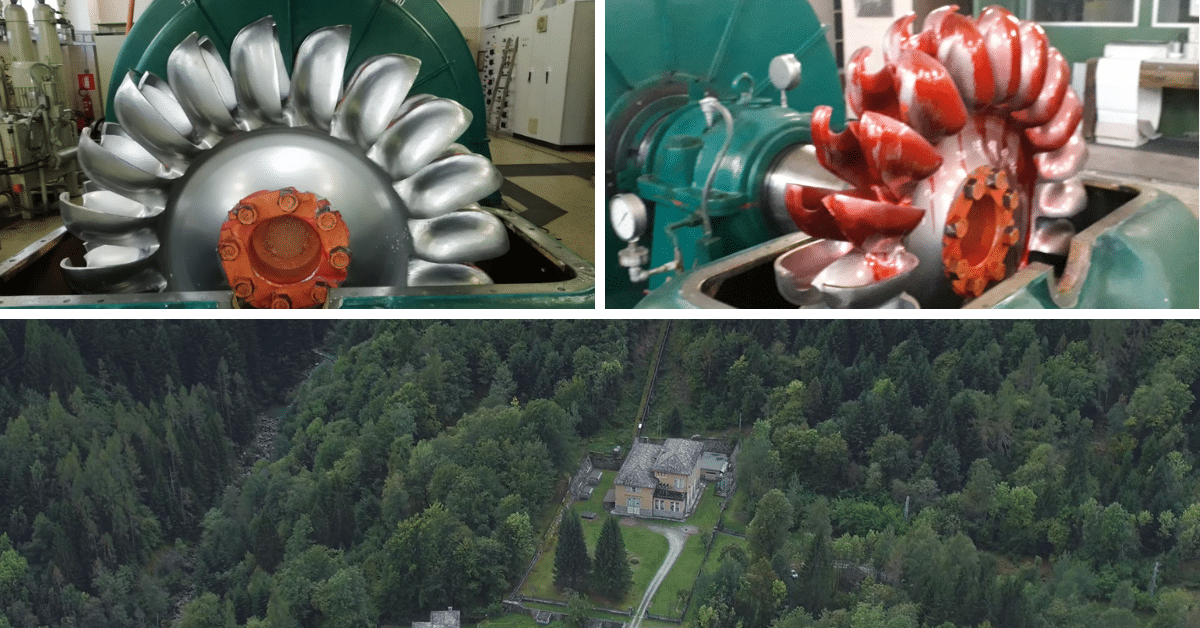 An important maintenance project has been started in the hydroelectric power plant of Ceppo Morelli, in Valle Anzasca, on the “GR1″generator. In order to improve energy efficiency and to maintain the high standards of functional safety of the generator, the process of replacing the 2 Pelton turbines has started, which were installed in 1982 and still in operation. The operation, launched in July 2021 with a capex of € 250k, will be performed in March 2022.

Hydrochem Italia has always felt strongly about the energy and environmental sustainability of their systems since its first construction in the 1940s. The first power plant was Megolo (1941), powered by the river Toce in Prata, where the intake from the river had a barrier consisting of 6 gates and a “fish ladder” to allow the native fish species to continue their migration.

The Ceppo Morelli hydroelectric plant, the subject of the current project, started operating in 1948, drawing from the waters of the Anza and Quarazza rivers.

There are various and far-sighted reasons for this decision:

1. Machine safety: since their early use, the turbines have been monitored annually, at each downtime in the winter months, with checks for thickness and cracks on each turbine blade, and after 40 years of activity they have reached the end of their functional life. 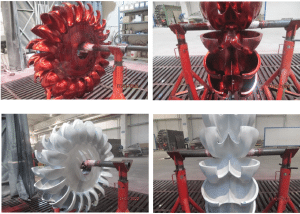 2. Energy increase: the replacement will allow a gain of approximately 5% of the nominal power, a 7200 KW unit to cosfi 0.8. After replacing the turbines with others of modern hydraulic format, the turbine efficiency, at full load, could reach 89%. 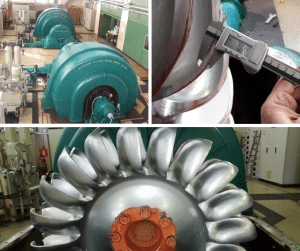 This operation is looking beyond the short-term benefits. In fact, the imminent replacement of the turbines will assure a high level of safety for the entire hydroelectric plant for at least another 40 years.

Last June 2021 the so-called (now formerly) "Extractive" was put back into operation, which is…

The circular economy and the Finchimica project